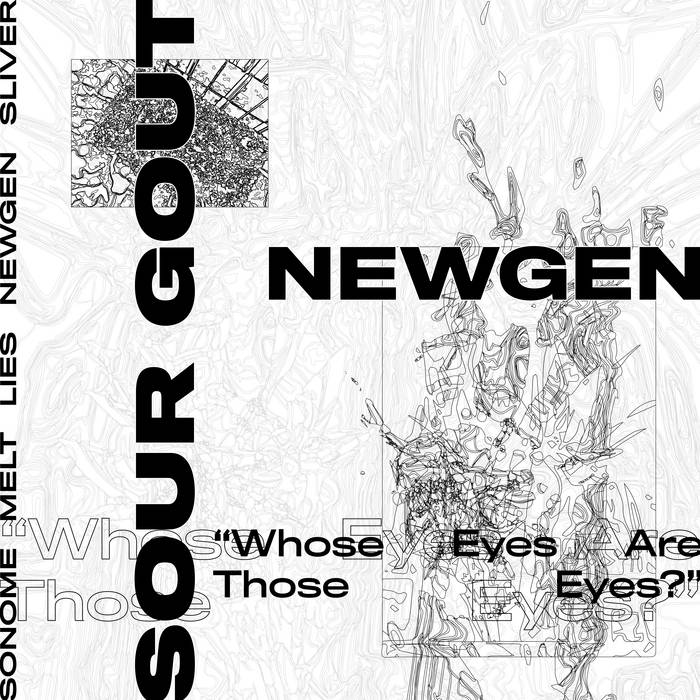 Recorded shortly after finishing work on SYZYGY released on his own label Collapsed Structures, and Rotary Blade on Hellscape Recordings, NewGen takes a slight departure from the altered club beats found on his releases over the past couple years. Bustling noise and ghostly blissed synths not only set the groundwork, but help accentuate the violent punctuated beats that make their way into each of these tracks. The pairing of discordant rhythms with these gnarly unfiltered textures is what sets NewGen apart from Sour Gout's characteristic sound.

NewGen features remixes from Ganz Feld and fdsdf. Sonome is reconstructed into a hard hitting EBM banger, while fdsdf flips NewGen on it's head giving it an otherwordly dreampunk spin. The digital and cassette releases feature the bonus track Sliver, while the minidisc contains the full album with the addition of an extended mix of Lies.